Harder than you might think!
Color Test
These are the things we’re supposed to do to remove the cholesterol around our brain and try to slow up Alzheimer’s Disease.. A great test, do it until you get 100%!
Bet you can’t get 100% on the first try! But I’m rootin’ for ya…This is pretty neat! See how you do with the colors! Have fun!
It takes an average of 5 tries to get to 100%. Follow the directions!  It’s harder than it seems, as it should be!  I got 100% first try.  I must be a lot younger than I look J
A brain waker-upper for today!

unbelievable act you must see 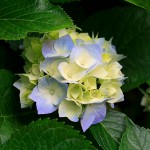 AFTER BEING MARRIED FOR 44 YEARS,  I TOOK A CAREFUL LOOK AT MY WIFE ONE DAY AND SAID, “HONEY, 44 YEARS AGO WE HAD A CHEAP APARTMENT, A CHEAP CAR, SLEPT ON A SOFA BED AND WATCHED A 10-INCH BLACK AND WHITE TV, BUT I GOT TO SLEEP EVERY NIGHT WITH A HOT 25-YEAR-OLD GAL.

MY WIFE IS A VERY REASONABLE WOMAN.

SHE TOLD ME TO GO OUT AND FIND A HOT
25-YEAR-OLD GAL, AND SHE WOULD MAKE SURE THAT I WOULD ONCE AGAIN BE
LIVING IN A CHEAP APARTMENT, DRIVING A CHEAP CAR, SLEEPING ON A SOFA BED
AND WATCHING A 10-INCH BLACK AND WHITE TV.

AREN’T OLDER WOMEN GREAT? THEY REALLY KNOW HOW TO SOLVE YOUR MID-LIFE
CRISIS!

on’t think that you’ll see anything like this in the U.S.A in the next 50 years!!!

Answer:
An English princess with an Egyptian boyfriend  crashes in a French tunnel, riding in a  German car with a Dutch engine,  driven by a Belgian  who was drunk on Scottish whisky,
(check the bottle before you change the spelling),
followed closely by Italian Paparazzi, on  Japanese motorcycles, treated by an American doctor, using Brazilian medicines.

This is sent to you by a Canadian, using American Bill Gates’ technology, and you’re probably reading
this on your computer, that uses Taiwanese chips,and a Korean monitor, assembled by Bangladeshi workers in a Singapore plant, transported by Indian truck drivers, hijacked by Indonesians, unloaded by Sicilian longshoremen, and rucked to you by Mexican illegals….. ..

Have you noticed, your Social Security check is now referred to as a “Federal Benefit Payment“?

I’ll be part of the one percent to forward this. am forwarding it because it touches a nerve in me, and I hope it will in you.

Please share this until everyone has read it.
The government is now referring to our Social Security checks as a “Federal Benefit Payment.” This isn’t a benefit – its earned income! Not only did we all contribute to Social Security but our employers did too.
It totaled 15% of our income before taxes. If you averaged $30K per year over your working life, that’s close to $180,000 invested in Social Security. If you calculate the future value of your monthly investment in social security $375/month, including both your and your employer’s contributions) at a meager 1% interest rate compounded monthly, after 40 years of working you’d have more than $1.3+ million dollars saved!
This is your personal investment. Upon retirement, if you took out only 3% per year, you’d receive $39,318 per year, or $3,277 per month.
That’s almost three times more than today’s average Social Security benefit of $1,230 per month, according to the Social Security Administration (Google it – it’s a fact).
And your retirement fund would last more than 33 years (until you’re 98 if you retire at age 65)!
We can only imagine how much better most average-income people could live in retirement if the government had just invested our money in low-risk interest-earning accounts.
Instead, the folks in Washington pulled off a bigger Ponzi scheme than Bernie Madoff ever did. They took our money and used it elsewhere. They “forgot” that it was OUR money they were taking. They didn’t have a referendum to ask us if we wanted to lend the money to them.
And they didn’t pay interest on the debt they assumed.
And recently, they’ve told us that the money won’t support us for very much longer. But is it our fault they misused our investments? And now, to add insult to injury, they’re calling it a “benefit,” as if we never worked to earn every penny of it.
Just because they “borrowed” the money, doesn’t mean that our investments were a charity!
People have earned own rights to Social Security and Medicare.
Demand that our legislators bring some sense into our government – Find a way to keep Social Security and Medicare going, for the sake of that 92% of our population who need it.
Here’s a novel idea: Reduce the military budget to support our own population.
Get out of the countries who don’t want us there.
Bring our soldiers home and invest some of the $700B+ in giving them new careers building roads and parks, teaching our children, creating new technologies, discovering cures for illness.
Then take the rest and begin to pay back Social Security, and call it what it is: Our Earned Retirement Income.
Have any thoughts-share it

THESE WORDS FIT SO WELL

A person who has stopped growing at both end sand is now growing in the middle.

BEAUTY PARLOR:
A place where women curl up and dye.
CHICKENS:
The only animals you eat before they are born and after they are dead.
COMMITTEE:
A body that keeps minutes and wastes hours.
DUST:

Mud with the juice squeezed out.
EGOTIST:
Someone who is usually me-deep in conversation.
HANDKERCHIEF:
Cold Storage.
INFLATION:
Cutting money in half without damaging the paper.
MOSQUITO:
An insect that makes you like flies better.
RAISIN:
A grape with a sunburn.
SECRET:
Something you tell to one person at a time.
SKELETON:
A bunch of bones with the person scraped off.
TOOTHACHE:
The pain that drives you to extraction.
TOMORROW:
One of the greatest labor saving devices of today.
YAWN:
An honest opinion openly expressed.
And MY Personal Favorite!!
WRINKLES:
So something other people have, Similar to my character lines.

A water Bed in a German furniture store. Note that the sign says NOT to get on the bed, but oh well..the best way to motivate people to do something is to put up a sign saying    “Don’t.…….!” 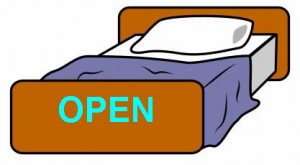 Turn on speakers and watch people trying out the water bed.
that only makes it funnier. 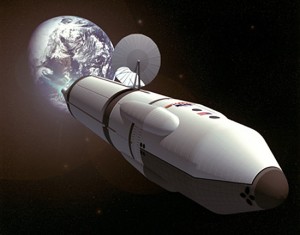 watch here: “How to Get to Mars. Very Cool!

with twin towers on top.

7.5 short tons (6.8 t) of the steel used in the ship’s construction came from the rubble of the World Trade Center; this represents less than one thousandth of the total weight of the ship.The steel was melted down at Amite Foundry and Machine in Amite, Louisiana, to cast the ship’s bow section. It was poured into the molds on 9 September 2003, with 7 short tons (6.4 t) cast to form the ship’s “stem bar” — part of the ship’s bow. The shipyard workers reportedly treated it with “reverence usually accorded to religious relics”, gently touching it as they walked by. One worker delayed his retirement after 40 years’ of working to be part of the project.