This is amazing !!! Talent is found in the most unexpected situations.

The wrench guy
Where in the world does he get all those wrenches? This guy must go to every garage sale in the country. Retired Helicopter Mechanic? The wrench guy.. I’d hate to be in his backyard during a lighting storm… How cool is this guy? He lives near Boort Victoria , and does it all by himself from a wheel chair… So, Don’t ever be afraid to follow your dreams.
Here is what he starts with…………………….

A couple was invited to a swanky masked Halloween Party.

She got a terrible headache and told her husband to go to the party alone. He, being a devoted husband, protested, but she argued and said she was going to take some aspirin and go to bed, and there was no need for his good time to be spoiled by not going. So he took his costume and away he went.

The wife, after sleeping soundly for about an hour, awakened without pain; and, as it was still early, decided to go to the party after all. In as much as her husband didn’t know what costume she’d be wearing, she thought she’d have some fun by watching her husband to see how he acted when she wasn’t around.

She joined the party and soon spotted her husband cavorting around on the dance floor, dancing with every chick he could, getting a little kiss here and a warm squeeze there. His wife went up to him, and being rather seductive herself, he left his current partner high and dry and devoted his time to this new babe who had just arrived.

She let him do whatever he wished, naturally, since he was her husband. Finally he whispered a little proposition in her ear and she agreed, so off they went to one of the cars and they did it all! Zowie! Just before unmasking at midnight, she slipped away and went home, put the costume away and got into bed, wondering what kind of explanation he would have for his behavior.

She was sitting up reading when he came in. She asked how the evening had been?

He said “Oh, the same old thing. You know, I never have a good time when you’re not there.”

Then she asked, “Did you dance much?” He replied, “You know, I didn’t dance even one dance. When I got there, I met Pete, Bill Brown and some other guys, so we went into the den and played poker all evening.

But I’ll tell you…from what I heard, the guy I loaned my costume to sure had a real good time!”

ALWAYS READ THE LABELS ON THE FOODS YOU BUY–NO MATTER WHAT THE FRONT OF THE BOX OR PACKAGE SAYS, TURN IT OVER AND READ THE BACK—CAREFULLY!

Many products no longer show where they were made, only give where the distributor is  located.

It is important to read the bar code to track it’s origin.

This may be useful to know when grocery shopping, if it’s a concern to you.

However, you may now refer to the barcode – remember if the first 3 digits are:

A married couple were asleep when the phone rang at 2 in the morning.The very blonde wife picked up the phone, listened a moment and said ‘How should I know, that’s 200 miles from here!’ and hung up.

The husband said, ‘Who was that?’

The wife answered, ‘I don’t know, some woman wanting to know if the coast is clear.’

Two blondes are walking down the street. One notices a compact on the sidewalk and leans down to pick it up. She opens it, looks in the mirrorand says, ‘Hmm, this person looks familiar.’

So, the first blonde hands her the compact.

The second blonde looks in the mirror and says, ‘You dummy, it’s me!’

A blonde suspects her boyfriend of cheating on her, so she goes out and buys a gun. She goes to his apartment unexpectedly and when she opens the door she finds him in the arms of a redhead. Well, the blonde is really angry. She opens her purse to take out the gun, and as she does so, she is overcome with grief. She takes the gun and puts it to her head.

The blonde replies, ‘Shut up, you’re next!’

A blonde was bragging about her knowledge of state capitals.

A friend says, ‘OK, what’s the capital of Wisconsin?’

Q: What did the blonde ask her doctor when he told her she was pregnant?

Bambi, a blonde in her fourth year as a UCLA Freshman, sat in her US Government class. The professor asked Bambi if she knew what Roe vs. Wade was about.

Bambi pondered the question; then, finally, said, ‘That was the decision George Washington had to make before he crossed the Delaware.’

Returning home from work, a blonde was shocked to find her house ransacked and burglarized. She telephoned the police at once and reported the crime. The police dispatcher broadcast the call on the radio,and a K-9 unit, patrolling nearby, was the first to respond.

As the K-9 officer approached the house with his dog on a leash, the blonde ran out on the porch, shuddered at the sight of the cop and his dog, then sat down on the steps. Putting her face in her hands, she moaned, ‘I come home to find all my possessions stolen. I call the police for help, and what do they do? They send me a BLIND policeman!’

The photographer was sure that he was going to see
the end of his dogs when the polar bear wandered in.

It’s hard to believe that this polar bear only needed
to hug someone!

The Polar Bear returned every night that week to play with the dogs.
Now the Koala. . .
AT 120 DEGREES IN AUSTRALIA , IT WAS SO HOT FOR A WEEK
THAT KOALAS WERE ASKING PEOPLE FOR WATER. IT’S
NEVER BEEN SEEN BEFORE.

ONE WENT TO A HOUSE TO TRY TO HIDE FROM THE HEAT AND TO
GET A BIT OF SHADE AND HERE’S WHAT HAPPENED WHEN
THE OWNER GAVE HIM SOMETHING TO DRINK. IT’S
REALLY CUTE.

“Until one has loved an animal, part of their soul remains unawakened.” 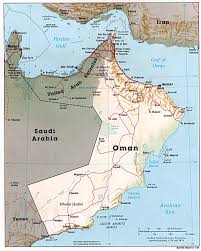 One of the most attractive travel destinations in the Middle East located on the southeast corner of the Arabian Peninsula with a coastline of 1,700km from the Strait of Hormuz in the north, to the borders of the Republic of Yemen in the South.
.

FACTS ABOUT THE SULTANATE OF OMAN

I wish when my nephew was badly burned someone had known this.

A young man sprinkling his lawn and bushes with pesticides wanted to check the contents of the barrel to see how much pesticide remained in it. He raised the cover and lit his lighter; the vapors ignited and engulfed him He jumped from his truck, screaming.
His neighbor came out of her house with a dozen eggs and a bowl yelling: “bring me some more eggs!”
She broke them, separating the whites from the yolks. The neighbor woman helped her to apply the whites onto the young man’s face.
When the ambulance arrived and the EMTs saw the young man, they asked who had done this. Everyone pointed to the lady in charge.
They congratulated her and said: “You have saved his face.”
By the end of the summer, the young man brought the lady a bouquet of roses to thank her. His face was like a baby’s skin. A Healing Miracle for Burns:
Keep in mind this treatment of burns is being included in teaching beginner fireman. First Aid consists of first spraying cold water on the affected area until the heat is reduced which stops the continued burning of all layers of the skin. Then, spread the egg whites onto the affected area.
One woman burned a large part of her hand with boiling water. In spite of the pain, she ran cold faucet water on her hand, separated 2 egg whites from the yolks, beat them slightly and dipped her hand in the solution. The whites then dried and formed a protective layer.
She later learned that the egg white is a natural collagen and continued during at least one hour to apply layer upon layer of beaten egg white. By afternoon she no longer felt any pain and the next day there was hardly a trace of the burn. 10 days later, no trace was left at all and her skin had regained its normal color. The burned area was totally regenerated thanks to the collagen in the egg whites, a placenta full of vitamins.

Since this information could be helpful to everyone: Please share it!