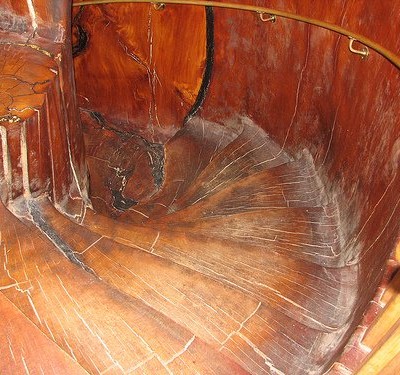 This one would be confusing at first.
Start with the wrong foot and you are in trouble 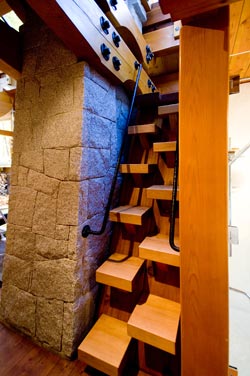 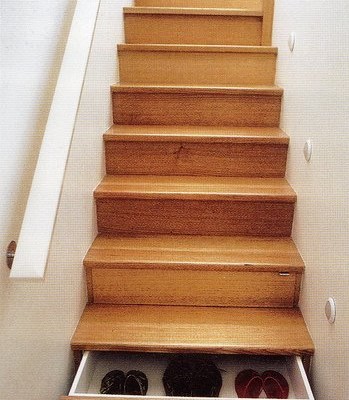 Awsome I love this one 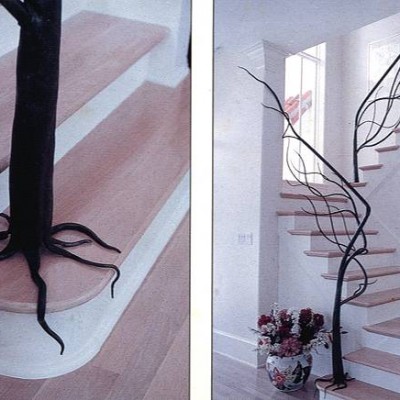 Up. Thou shalt not waste space 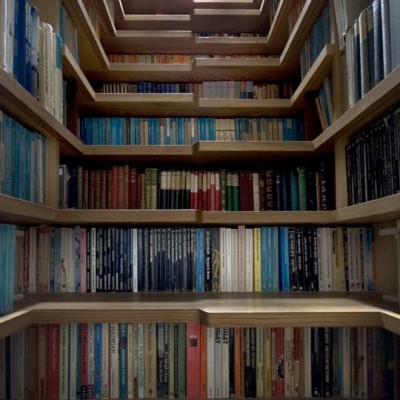 Same one looking down. 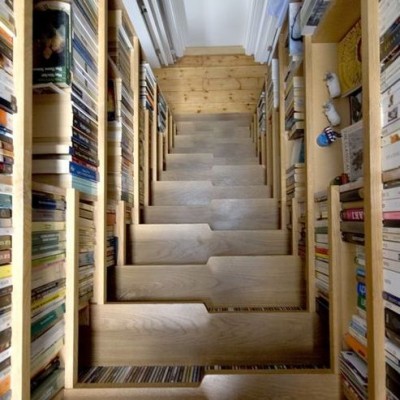 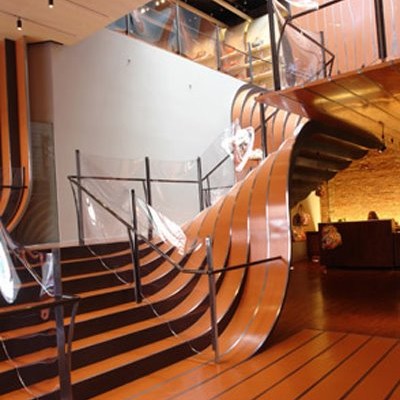 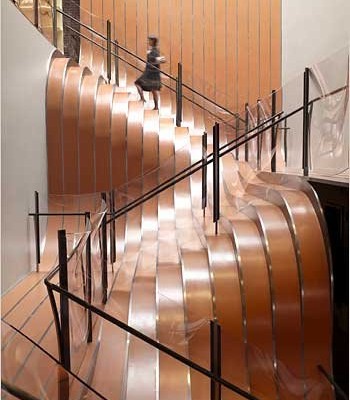 This is another one that is confusing to navigate.

Never start off on the wrong foot. 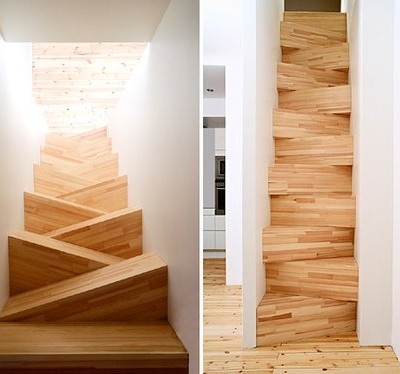 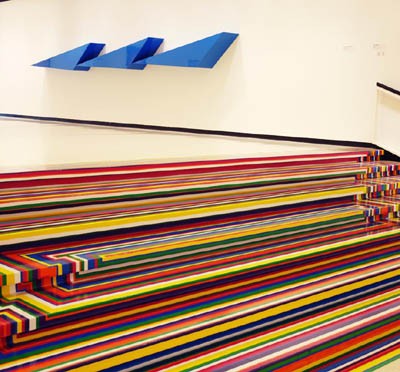 Now this I know I would get nauseous. 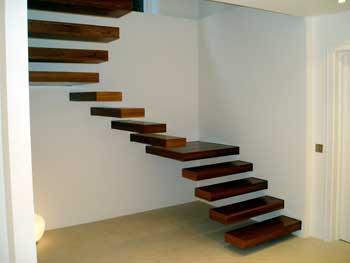 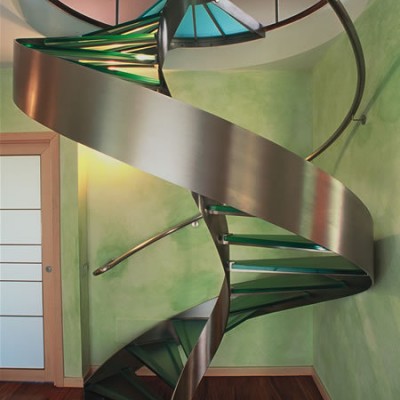 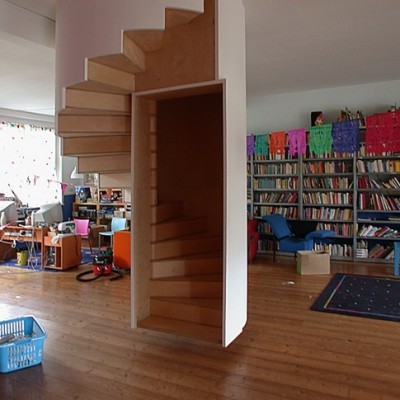 Neat, but is it touching the ground? 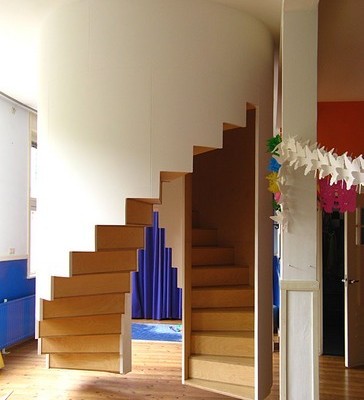 I guess not. This is an engineering marvel.

Where is this one?I want to see this. 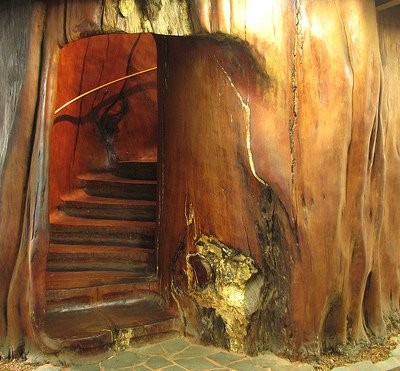 Detroit is known as the car capital of the world.

Alpena is the home of the world’s largest cement plant.

Elsie is the home of the world’s largest registered Holstein dairy herd.

Michigan is first in the United States production of peat and magnesium compounds and second in gypsum and iron ore..

Colon is home to the world’s largest manufacturer of magic supplies….

The state Capitol with its majestic dome was built in Lansing in l879.

Although Michigan is often called the Wolverine State ,
there are no longer wolverines in Michigan .

The Packard Motor Car Company in Detroit manufactured the first air-conditioned car in 1939.

Sault Ste. Marie was founded by Father Jacques Marquette in 1668.  It is the third oldest remaining settlement in the United States

In 1817, the University of Michigan was the first university
established by any of the states.  It was founded by priests.  Originally named Cathelepistemian and located in Detroit .  The name was changed in 1821.  The university moved to Ann Arbor in 1841.

The city of Novi was named from its designation as Stagecoach Stop #6 or No.VI.

Michigan State University has the largest single campus student body of any Michigan university.  It is the largest institution of higher learning in the state and one of the largest universities in the country.  Michigan State University was founded in 1855 as the nation’s first land-grant university and served as the prototype for 69 land-grant institutions later established under the Morrill  Act of 1862.   It was the first institution of higher learning in the nation to teach scientific agriculture..

The largest village in Michigan is Caro.

Michigan’s state stone, the Petoskey, is the official state stone.  It is found along the shores of Lake Michigan .

The Mackinac Bridge is one of the longest suspension bridges in the world connecting the upper and lower peninsulas of Michigan ….. It spans five miles over

the Straits of Mackinac, which is where Lake Michigan and Lake Huron meet.  The “Mighty Mac” took three years to complete and was opened to traffic in 1957.

Gerald R Ford grew up in Grand Rapids and became the 38th president of the United States .  He attended the University of Michigan where he was a football star.  He served on a World War II aircraft carrier and afterward represented Michigan in Congress for 24 years.  He was also an Eagle Scout, the highest rank in Boy Scouts.

The Kellogg Company has made Battle Creek the Cereal Capital of the World.  The Kellogg brothers accidentally discovered the process for producing flaked cereal products and sparked the beginning of the dry cereal industry.

The western shore of Michigan has many sand dunes.  The Sleeping Bear Dunes rise 460 feet above Lake Michigan .
Living among the dunes is the dwarf lake iris the official state wildflower.

Vernor’s ginger ale was created in Detroit and became

the first soda pop made in the United States ….. In 1862, pharmacist James Vernor was trying to create a new beverage when he was called away to serve our country in the Civil War. When he returned, four years later, the drink he had stored in an oak case had acquired a delicious gingery flavor.

The Detroit Zoo was the first zoo in America to feature cageless, open-exhibits that allowed the animals more freedom to roam.

Michigan is the only place in the world with a floating post office…..The J. W. Westcott II is the only boat in the world that delivers mail to ships while they are still underway.  They have been operating for 125 years.

Indian River is the home of the largest crucifix in the world. It is called the Cross in the Woods.

Michigan has the longest freshwater shoreline in the world

Michigan has more shoreline than any other state except Alaska .

The Ambassador Bridge was named by Joseph Bower, the person credited with making the bridge a reality, who thought the name, Detroit-Windsor International Bridge , as too long and lacked emotional appeal.  Bower wanted to symbolize the visible expression of friendship of two peoples with like ideas and ideals.

Michigan has 116 lighthouses and navigational lights.  Seul Choix Point Lighthouse in Gulliver has been guiding ships since 1895.  The working light also functions as a museum, which houses early 1900’s furnishings and maritime artifacts

Forty of the state’s 83 counties adjoin at least one of the  Great Lakes .

Michigan is the only state that touches four of the five Great Lakes .

Standing anywhere in the state a person is within 85 miles of one of the Great Lakes ..

Sault Ste. Marie was established in 1668 making it the oldest town between the Alleghenies and the Rockies .

Michigan was the first state to provide in its Constitution for the establishment of public libraries.

Michigan was the first state to guarantee every child the right to tax-paid high school education.

Isle Royal Park shelters one of the largest moose herds remaining in the United States …..

The Upper Michigan Copper Country is the largest commercial deposit of native copper in the world.

The 19 chandeliers in the Capitol in Lansing are one of a kind and designed especially for the building by Tiffany’s of New York .  Weighing between 800-900 pounds apiece, they are composed of copper, iron, and pewter.

The first auto traffic tunnel built between two nations was the mile-long Detroit-Windsor tunnel under the Detroit River .

In 1879, Detroit telephone customers were first in the nation to be assigned phone numbers to facilitate handling calls.

In 1929, the Michigan State Police established the first state police radio system in the world..

Grand Rapids is home to the 24-foot Leonardo Da Vinci horse, called Il Gavallo.  It is the largest equestrian bronze sculpture in the Western Hemisphere .

The State Motto (written in Latin) translates to: “If you seek a pleasant peninsula, look about you.”

Was that interesting or what? 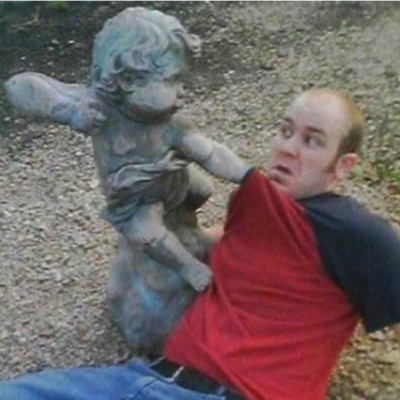 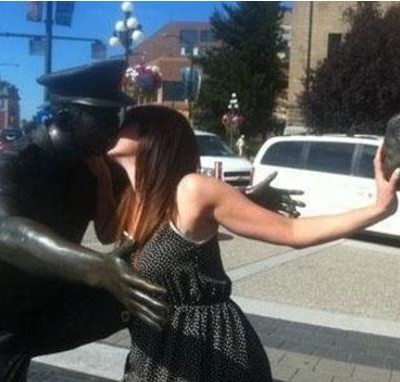 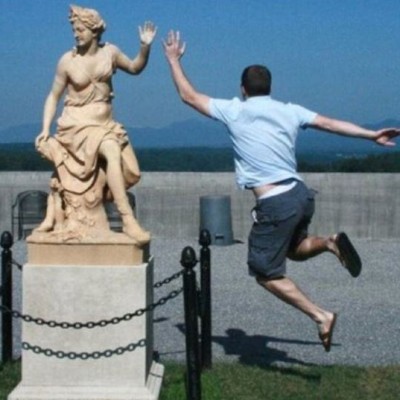 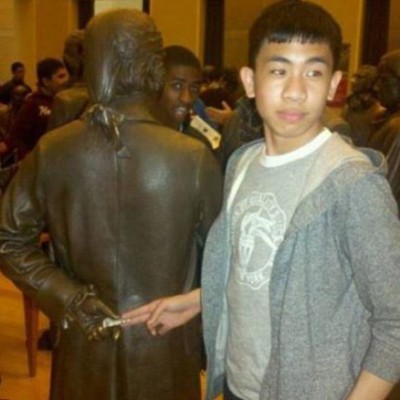 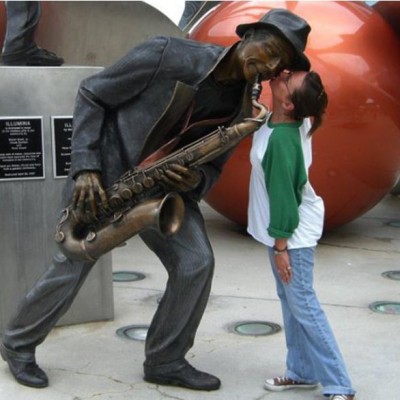 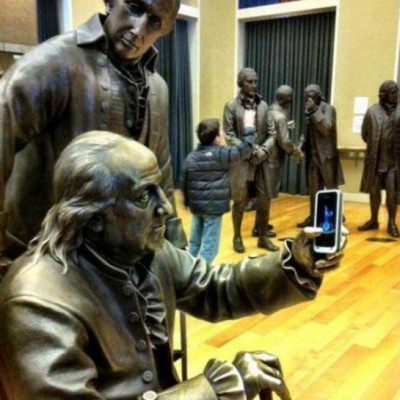 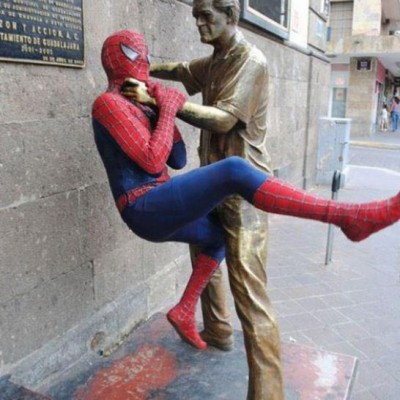 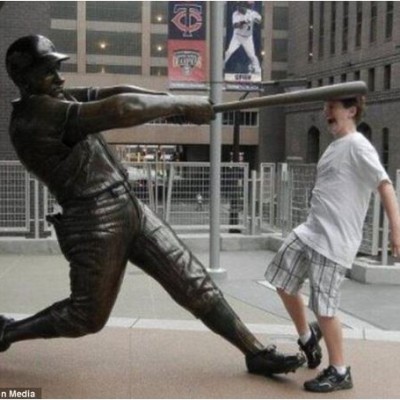 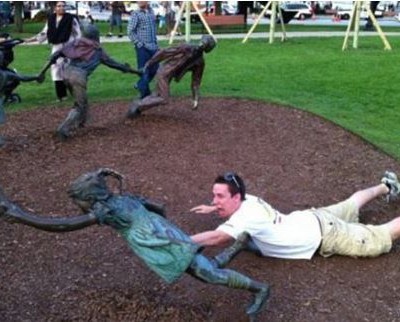 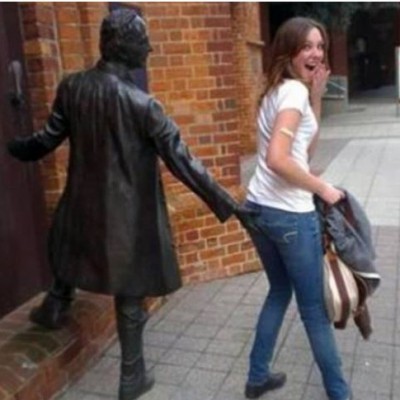 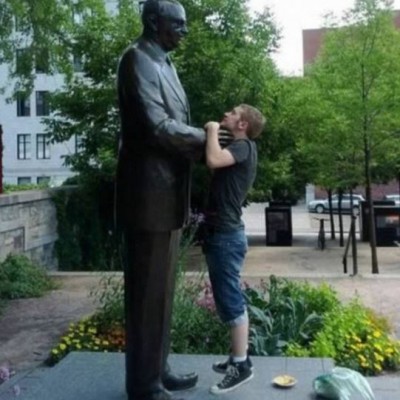 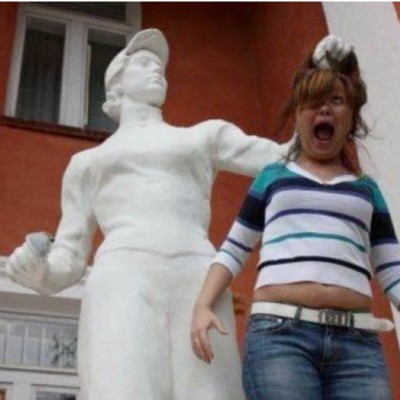 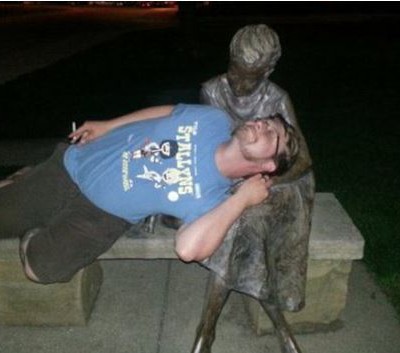 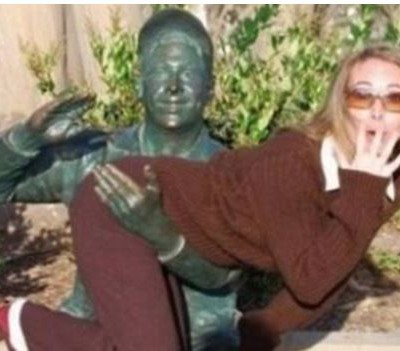 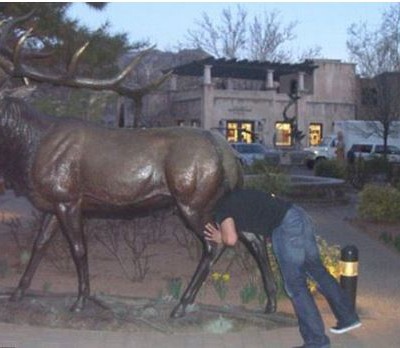 These astounding photos are from a recent archaeological discovery in Greece; this totally unexpected find furnishes proof of the existence of “Nephilim”.   Nephilim is the word used todescribe the giants spoken of in Biblical times by Enoch as well as the giant that David fought against(Goliath).It is generally believed that most of these giants came about when the fallen angels had union with earthly woman.  Note the incredible size of the skull…
Gen 6:4 – There were giants on earth in those days; and also after that, when the sons of God came in unto the daughters of men, and they bear childrento them, the same became mighty men which were of old, men of renown.
Num 13:33 – And there we saw the giants, the sons of Anak, which come of the giants; and we were in our own sight as grasshoppers, and so we were in their sight.

Just to show that the Bible is true with history lessons that are applicable both then and today.