Dating Ads for Seniors   found in a Florida Newspaper.


You can say what you want about Florida, but you never hear of anyone retiring and moving north. These are actual ads seen in ”The Villages” Florida newspaper.
( Who says seniors don’t have
a sense of humor?)

Do not regret growing older.

It is a privilege denied to many.
garbowski.net

very interesting file from the past.

This definitely puts everything in perspective.

Make sure you read all the statistics under the photo. 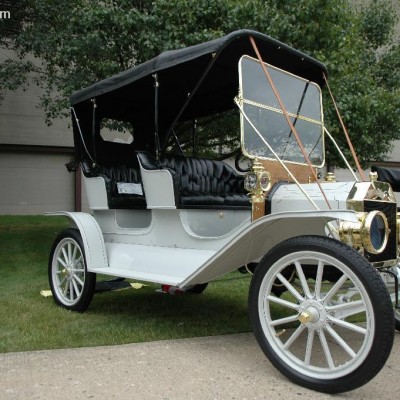 Show this to your friends, children and/or grandchildren!

What a difference a century makes!

Here are some statistics for the Year 1910:

The average life expectancy for men was 47 years.

Fuel for this car was sold in drug stores only.

Only 14 percent of the homes had a bathtub.

Only 8 percent of the homes had a telephone.

The maximum speed limit in most cities was 10 mph.

The tallest structure in the world was the Eiffel Tower!

A competent accountant could expect to earn $2,000 per year,

More than 95 percent of all births took place at HOME.

Ninety percent of all Physicians had NO COLLEGE EDUCATION!

Instead, they attended so-called medical schools, many of which

were condemned in the press AND the government as ‘substandard.’

Eggs were fourteen cents a dozen.

Coffee was fifteen cents a pound.

Most women only washed their hair once a month, and used Borax

or egg yolks for shampoo.

Canada passed a law that prohibited poor people from entering

into their country for any reason.

The five leading causes of death were:

The American flag had 45 stars.

The population of Las Vegas Nevada was only 30!

There was no Mother’s Day or Father’s Day.

all Americans had graduated from high school.

Eighteen percent of households had at least one full-time servant or domestic help.

There were about 230 reported murders in the ENTIRE U.S.A.

(but almost everyone had a gun!)

I am now going to forward this to someone else without typing it myself.

From there, it will be sent to others all over the WORLD . . . all in a matter of seconds!

Try to imagine what it may be like in another 100 years.

This is USA oriented, but Canada & the rest will not be far behind. Whether

these changes are good or bad depends in part on how we adapt to them.

But, ready or not, here they come.

Maybe not in the seniors of today lifetimes but more likely in our children’s.

To … the networks are down dramatically.  Not just because of the economy.  People are watching TV and movies streamed from their computers.  And they’re playing games and doing lots of other things that take up the time that used to be spent watching TV.  Prime time shows have degenerated down to lower than the lowest common denominator.  Cable rates are skyrocketing and commercials run about every 4 minutes and 30
seconds.  I say good riddance to most of it.  It’s time for the cable companies to be put out of our misery.  Let the people choose what they want to watch online and through Netflix.

Apple, Microsoft, and Google are all finishing up their latest “cloud services.”  That means that when you turn on a computer, the Internet will be built into the operating system.  So, Windows, Google, and the Mac OS will be tied straight into the Internet.  If you click an icon, it will open something in the
Internet cloud.  If you save something, it will be saved to the cloud.  And you may pay a monthly subscription fee to the cloud provider.  In this virtual world, you can access your music or your books, or your whatever from any laptop or handheld device.  That’s the good news.  But, will you actually own
any of this “stuff” or will it all be able to disappear at any moment in a big “Poof?”  Will most of the things in our lives be disposable and whimsical?  It makes you want to run to the closet and pull out that photo album, grab a
book from the shelf, or open up a CD case and pull out the insert.

If there ever was a concept that we can look back on nostalgically, it would be privacy.  That’s gone.  It’s been gone for a long time anyway.  There are cameras on the street, in most of the buildings, and even built into your computer and cell phone.
But you can be sure that 24/7, “They” know who you are and where you are, right down to the GPS coordinates, and the Google Street View.  If you buy something, your habit is put into a zillion profiles, and your ads will change to reflect those habits.
“They” will try to get you to buy something else.  Again and again and again.

All we will have left is that which can’t be changed…….are our “Memories”.

And some of us have already lost that!!!!

Will Rogers, who died in a 1935plane crash in Alaska with bush pilot Wiley Post, was one of the greatest political country/cowboy sages this country has ever known. Some of his sayings:

3. There are two theories to arguing with a woman, … Neither works.

4. Never miss a good chance to shut up.

5. Always drink upstream from the herd.

6. If you find yourself in a hole, stop digging.

7. The quickest way to double your money is to fold it and put it back into your pocket.

8. There are three kinds of men:

The ones that learn by reading. The few who learn by observation. The rest of them have to pee on the electric fence and find out for themselves.

10. If you’re riding’ ahead of the herd, take a look back every now and then to make sure it’s still there.

11. Lettin’ the cat outta’ the bag is a whole lot easier’n puttin’ it back.

12. After eating an entire bull, a mountain lion felt so good he started roaring. He kept it up until a hunter came along and shot him.
The moral: When you’re full of bull, keep your mouth shut.

First ~Eventually you will reach a point when you stop lying about your age and start bragging about it.

Second ~ The older we get, the fewer things seem worth waiting in line for.

Third ~ Some people try to turn back their odometers. Not me; I want people to know ‘why’ I look this way. I’ve traveled a long way, and some of the roads weren’t paved.

Fourth ~ When you are dissatisfied and would like to go back to youth, think of Algebra.

Fifth ~ You know you are getting old when everything either dries up or leaks.

Sixth ~ I don’t know how I got over the hill without getting to the top.

Seventh ~ One of the many things no one tells you about aging is that it’s such a nice change from being young.

Eighth ~ One must wait until evening to see how splendid the day has been.

Ninth ~ Being young is beautiful, but being old is comfortable and relaxed.

Tenth ~ Long ago, when men cursed and beat the ground with sticks, it was called witchcraft. Today it’s called golf.

And, finally ~ If you don’t learn to laugh at trouble, you won’t have anything to laugh at when you’re old.

These were really professional photographers who took these pictures… Note how sharp and clear most of the photos are​,​ and these are over a ​hundred​ years old. These were glass plate images and taken thru a pin hole type camera; and the opening was timed just right to get a dark enough exposure. Developing was another tedious task during which they had to be careful not to break the glass!

The beach in Atlantic City, 1915. Note the men in coats and ties.

Grant Avenue after an earthquake in San Francisco in 1906. I didn’t realize there was so much destruction in that earthquake.

Carts for transporting dairy Thompson, Washington, 1927. How in the world did the dairy get those horses so evenly lined up.

Washington, DC, 1914. Not so thoughty having those horses run on a railroad tracks. (throughly? must have been a popular word back in the day)

I wouldn’t want to walk across this street in a long dress.

View of Manhattan Bridge from Brooklyn in 1909.

The New York Public Library, New York, 1915. Didn’t realize they had 4-laners in those days.

Wall Street, New York, 1911. The 2 sidewalks together are as wide as the street in this pic.

Daughter: “Daddy, I am coming home to get married.
Take out your checkbook.
I’m in love with a boy who is far away from me.
I am in California and he lives in New York.
We met on a dating website, became friends on Facebook, had long chats on Whatsapp,
he proposed to me on Skype and
now we’ve had two months of relationship through Viper.

Dad, I need your blessings, good wishes, and a big wedding.”

Father: “Wow! Really!!
Then get married on Twitter,
have fun on Tango,
buy your kids on Amazon and pay through Paypal.
And if you get fed up with your husband….
sell him on Ebay.”